The 5th S | Sustaining Your Improvements

When learning the 5S methodology, the vast majority of the time spent will be on the first four S’s. The last S, which stands for Shitsuke, or Sustain, however, is almost certainly going to be the most important one. Without this S, all the others would quickly fall out of use, and the progress that a workplace makes would be lost. With this in mind, let’s take some time to go over what exactly ‘Sustain’ means and how it applies to a workplace. 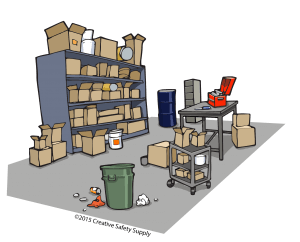 On the surface, the term “sustain” is quite simple. It basically just means to keep things the way they are and don’t let them fall backward. When talking about 5S, this certainly does apply, but it actually goes significantly beyond this.

If you make a change in a process to eliminate waste, it is important to sustain that change. It is also important, however, to keep looking for further ways to improve the facility and even that same process. So, in 5S, sustain actually doesn’t mean to keep things the same, but rather to keep them moving forward. A facility must have sustained improvement to be successful with 5S.

How to Sustain Improvement

Sustaining improvement requires not just a set type of action, but a change in the overall culture of a workplace. Rather than having employees who can follow set processes day in and day out, you want to encourage employees to look for opportunities for change that will benefit themselves, the company, or the customers.

This is essential because, in the modern workplace, a company that is doing things the same way for months and years at a time is actually falling behind the competition that is continuously innovating. To help encourage sustained improvement, consider some of these ideas: 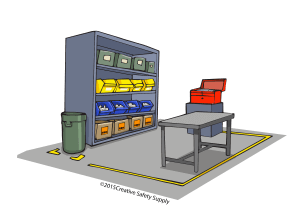 Of course, a facility can’t be constantly making changes to every single area where work is being done. Part of sustaining progress is indeed making sure that successful changes are kept in place. This would include making sure that information is collected about the current state of the workplace so when an idea for improvement does come along, it will be much easier to measure its success against the known current status.

While sustain may be the last S in the 5S methodology, it is certainly not the least important. If you are currently implementing 5S, or you have been using it for years, make sure to take some time to really evaluate how your sustaining is going, and see if it can’t benefit from some improvement.

Check out Creative Safety Supply for all your 5S product needs.