Craft beer has become a multi-billion-dollar industry, and new breweries are being built all the time. When most people think about this industry, they only look at the end product. The brewing process, however, can actually be quite dangerous if proper care isn’t taken. Just because a brewery is a fun and exciting place to work, doesn’t mean safety shouldn’t come first. Read through some of the most common safety concerns in a brewery, and take steps to ensure everyone is kept safe. 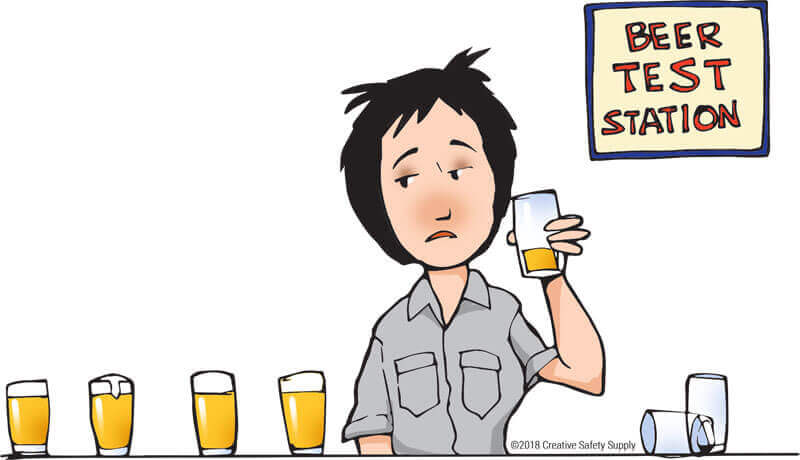 A brewery is one of a very few places where people actually get paid to drink alcohol. Of course, not everyone in the facility has the role of taste testing the beer, some people do. In addition, many micro-breweries do allow employees to have a beer at times. If drinking is permitted in any way, the facility should have an alcohol consumption policy (ACP). This should explain when and where drinking is acceptable, and how much. With proper planning, drinking on the job at a brewery can actually be done responsibly.

Large breweries need to bring a lot of water to a boil when starting the brewing process. This means having large flames present in the work environment. While this flame is going to be contained using standard safety precautions, there are still dangers involved. 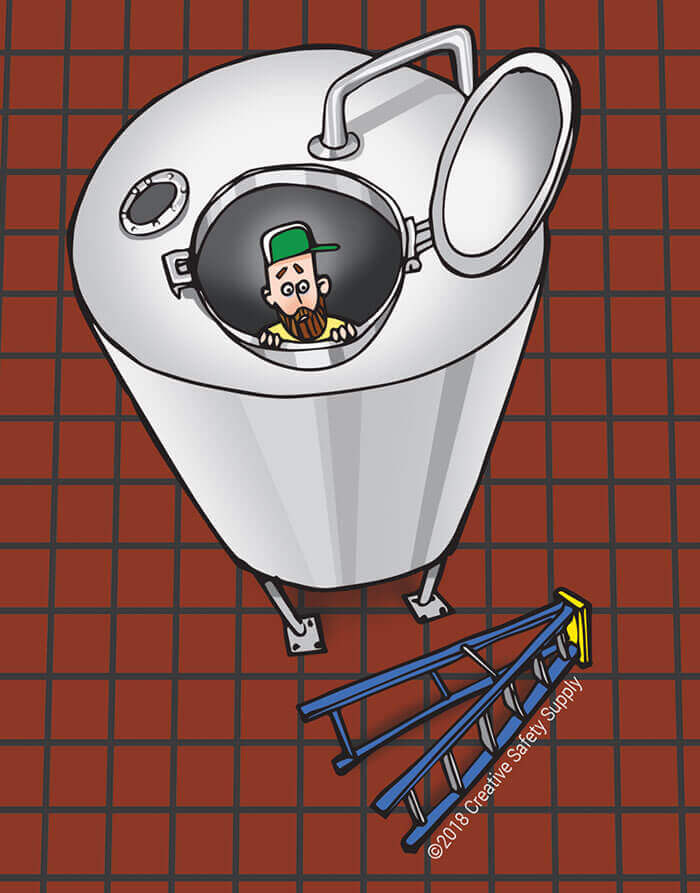 The large containers, or vats, where the beer is brewed need to be meticulously cleaned out after each batch. If even small amounts of an old batch are left in, it can have an impact on the next. This usually means having someone climb into the vat with a power washer and cleaning equipment. These vats meet the criteria of being a confined workspace, and all relevant safety precautions must be taken.

A brewery is going to have a lot of pipes that bring water to the needed areas, transport the beer during the brewing process, and help with the bottling. Knowing what each pipe is, and where it is going, is not only important for proper brewing, but also for safety. If someone opens a pipe expecting beer to flow out, but it is actually hot water, it could result in serious burns. Having a comprehensive pipe labeling strategy in place will help to ensure everyone is safe. 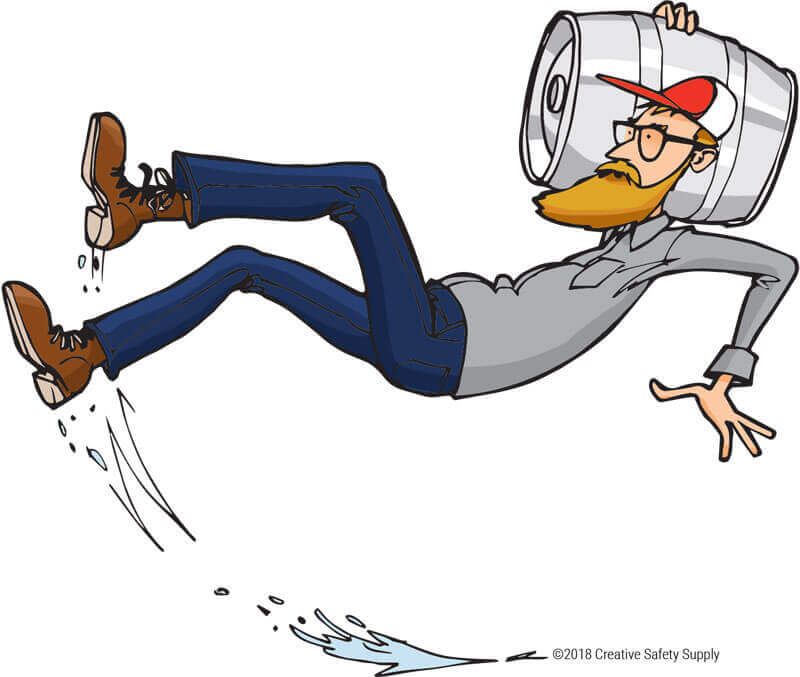 The art of beer making involves a lot of liquid which needs to be moved at various times. Water, and later beer, can easily be spilled due to a leaky hose, a missed pour, or a dropped bottle. This can leave the floor quite wet and slippery. To help minimize the risks of slips and falls, a brewery should install anti-slip floor tape, grated floors, or other safety equipment to help people keep their balance at all times.

Being able to climb up onto large vats to add ingredients, check on the brewing process, and perform other tasks is very important in a brewery. This activity often requires the use of some type of ladder. Whether this is a fixed ladder installed onto the equipment, or a portable ladder, it is important to ensure everyone is safe. Providing employees with proper ladder safety training, and including harnesses to prevent falls when appropriate, is important for any brewery.

Beer is often put into kegs where it can be stored until it is ready to be shipped out to a bar or other consumer. While kegs are generally very safe, they can cause serious damage should something go wrong. If the keg is over pressurized, for example, it could actually explode. This happened in a brewery in New Hampshire several years ago, and resulted in the death of one employee. Taking care to monitor pressure levels, and ensure all kegs are in good condition, is an essential component for brewery safety.

Glass in the Bottle

When beer is being bottled, it is usually done by a machine that works quite quickly. If anything goes wrong, a bottle can get chipped, or even shatter. This can result in small pieces of glass falling into the other bottles, which will then get shipped out to the customer. This happened to Boston Beer Company in 2008, and resulted in a recall that cost the company more than $20 million. Monitoring for potential dangers like this, and taking steps to prevent them, can help keep your consumers safe, and protect the company financially.

Safety is a big concern in the brewing industry, and with good reason. While it certainly doesn’t get as much attention as many other types of workplaces, the hazards are real and can be very serious. Taking the time to develop an effective safety strategy is absolutely essential to the long term success of any brewery today.

Previous post Introducing the Winner of the 2018 Winter Scholarship