Holacracy – An Industry of the Self-Governed?

In one of the bigger business-related news pieces of the past week, online shoe mega-retailer Zappos has announced that it will be switching up its leadership by…. not having any. Actually, what’s been announced is that the company plans to shift to a “holacracy” system by the end of 2014. A holacracy is a setup in which employees no longer have defined roles and instead of managers, workers are tasked with self-governing through small groups or councils (Zappos is calling these employee “circles”). While the term holacracy is a new one, similar setups became popular in the 1980’s and some industry giants (like Shell Oil, believe it or not!) adopted the setup.

In many cases, businesses weren’t able to maintain the structure for longer than six months to a year, though there are some isolated success stories. Why, then, is Zappos choosing to make this leap? CEO Tony Hsieh wants to encourage entrepreneurial spirit and freedom among Zappos employees, for one. Will it pay off in the end? Only time will tell, but in the meantime we can take a look at some of the pros and cons of a holacratic system.

The Positives of Holacracy 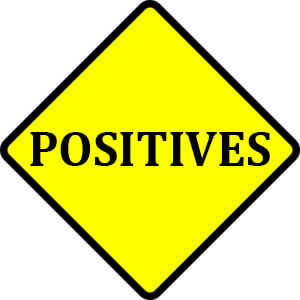 No More Evil Boss: Boss/employee conflicts are so commonplace that it’s hard to see a film, TV show, or, well, really anything these days that doesn’t reference such a storyline. With the exception of perhaps a few top national executives, there are no “bosses” in a holacracy. This means that employees are free to self-govern via voting and meeting as groups on a regular basis. Want to try something new? Even if it doesn’t work out, you’ll have gotten the feedback on your idea from 20 of your coworkers, rather than a quick ultimatum by one man or woman.

More Responsibility & Control: Depending on the individual employee, this could either be a pro or a con, but for the most part workers are empowered by increased responsibility and control in their work lives. This leaves workers are free to swap shifts and cover each other without any bureaucratic middlemen and are more controlling of their own daily tasks. In the case of Zappos, the company wants workers to feel free to go about their daily work in the way that best fits them.

Personal: As companies grow, bureaucratic and departmental roadblocks arise and can stifle change and innovation. Zappos, for one, hopes to avoid these symptoms through their change to holacracy, and they might have a point: Dividing employees into self-governing units is a bit like the reverse of a company splitting their stock – they’re taking the same amount of workers but grouping them, effectively creating less units across the board, albeit larger ones with more autonomy. 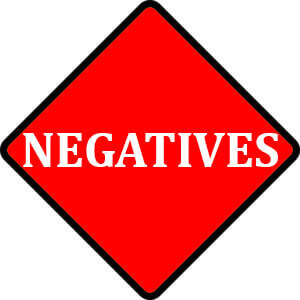 People Are Lazy: The unfortunate reality of many of the failed attempts at shifting to self-governance in the past is that people are inherently lazy. While you’ll have a few go-getters that thrive in such an environment, many will take their new-found freedom as an excuse to be lax and cut corners. It was found with many companies attempting holacracy in some form that, while better than individuals, leaderless groups also had trouble effectively policing themselves.

Good Talent May Go Unrecognized: In many companies, successful management-level employees jumped ship and went to companies where their above and beyond work might be recognized formally. Unfortunately, those under-performers, which the company may have wanted to demote with the move to holacracy, continued to exert influence in their self-governing groups because employees were uncomfortable speaking as equals against their own ex-bosses.

In any event, we’ll all have our eyes on Zappos over the next year, when the switchover is expected to be completed. What do you think? Would you consider holacracy for your business?