Introducing the Winner of the Summer Scholarship Award 2022 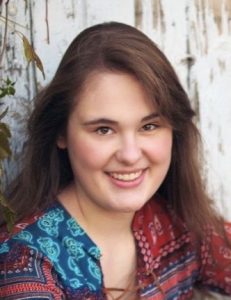 Creative Safety Supply is pleased to announce Lily Blechinger the continuation of our scholarship program, which provides financial assistance to students pursuing their education. We read through hundreds of essays and applications submitted by students with a passion for their chosen careers. Passion is what we believe drives creativity and experiencing that as we meet these applicants through their writing is incredibly humbling. It is always enjoyable for us to meet so many amazing student applicants through their writing.

We are happy to publish Lily’s essays in their entirety here:

At 14, after the death of my grandparents, I knew that I wanted to be a funeral director. By 16, I had a job at Barnett-Lewis Funeral Home. However, it wasn’t until I was 18 that I realized why I needed to be a funeral director. It was October 2020 and I was working a visitation solo. I had placed the casket at the front of the chapel and carefully arranged the few flowers. I took my place in the office and hoped that people would come despite the fear of covid. At ten after six, the deceased woman’s daughter walked in the door. I greeted her and let her proceed into the chapel. Fifteen minutes later, she was still the only one to arrive. I decided that I had to do something, so I went into the chapel and asked her to tell me about her mother. The woman looked so thankful to finally get to share memories and reminisce about her mother’s life. She pointed out different photos on the photo board. Then she grabbed a photo album and we sat down in a pew together. She told me about growing up in Sioux Falls. She told me about her siblings and where they all went to college. She told me about how much she loved her mother. Her mother’s name was Dorothea which means “gift of God”. That night, at Dorothea’s visitation in the midst of a pandemic, I learned what my gift from God is. I feel that I am called to be there for those who are grieving and to offer individuals care and respect one final time. I feel that my career path is more accurately described as a calling rather than a choice.

Over the last five years, I have had the privilege to help many families grieve the loss of their loved ones. My work at Barnett-Lewis Funeral Home has prepared me well for work in the funeral service. I have learned multiple cosmetic and preparatory techniques, shadowed and conducted arrangements, and helped to plan and conduct funerals and visitations. My current role as an assistant director has pushed me to develop my communication and organizational skills by allowing me to meet with families and plan services on my own.

During my time at Augustana University, I pursued mortuary science through independent research. The research allowed me to investigate non-carcinogenic alternatives to formaldehyde using human embryonic kidney cells and mice models. Finding room for innovation within mortuary science has made me more perceptive about areas of weakness and more determined to be a force of change.

2. How have you used creative thinking/problem-solving to help you accomplish your academic or personal goals? (500-750 words)

The American way of death has become so ingrained within our lives that people seldom consider an alternative. The scene of an embalmed body set before a crowd of mourners in the parlor of a funeral home is the image propagated by the media and society. However, this has only been the reality of death in America for the last hundred years. The Civil War prompted people to look for a better way to transport bodies the long distance from the battlefield to home. Mortician Thomas Holmes popularized the use of embalming the deceased on the battlefield. His embalming fluid contained arsenic mixed with other chemicals. Over time, embalmers discovered that formaldehyde worked better than solutions of arsenic. However, the switch to formaldehyde would lead to many dangerous environmental effects.

Each year, over 4.3 million gallons of formaldehyde are buried in the United States. Formaldehyde is a known carcinogen. As such, formaldehyde poses a threat to the embalmers who inhale it while working. Studies from the National Cancer Institute show that increased exposure to formaldehyde results in a greater risk of leukemia, brain cancer, and cancers of the nose and sinuses.  Furthermore, once it is buried formaldehyde can seep into groundwater and pollute the land around cemeteries. Despite the risks to funeral workers and those living near burial grounds, formaldehyde use has continued.

In high school, I decided to research non-carcinogenic alternatives to formaldehyde as part of my Science National Honors Society project. I got creative and looked to plant derivatives in order to find possible solutions for embalming. After a few failed attempts, lots of reading, and good luck, I won first place in the Augustana University Science Fair for creating an eco-friendly, non-carcinogenic solution and preserving a pork chop for 22 days. Today, three years later, the pork chop is still rigid and decay free.

At Augustana University, I have continued my research on embalming fluids despite the lack of literature and comparative research on the topic. I have integrated cell culture techniques from my biology courses into experiments to test the absorption and preservative quality of my solution. Additionally, I have performed post-mortem pericardial perfusion in mice models and been tasked with developing new techniques for preserving specimens in my solution. Even after failures in my research, I refuse to give up. I am committed to always looking for a different concentration, an alternate preservation technique, or a new method of disposition to help me in my experiments.

Through my career, I would like to continue my research on non-carcinogenic embalming fluids in the hope of discontinuing formaldehyde use. I want to give future funeral service workers the opportunity to celebrate the lives of the deceased without the risk of cutting their own lives short.

Currently, the average death rate in the United States is 2.8 million deaths per year without calculating the increased burden due to the coronavirus pandemic.  By 2080, when Millennials and Gen-Z begin dying, it is expected the U.S. will experience 6.5 million deaths per year. With almost triple the amount of bodies, a safer burial is not just an interest but a necessity.

As the winner of Creative Safety Supply’s 2021 Spring Scholarship, Lily will receive $1,000 toward continuing her education. We couldn’t be happier to assist his efforts in improving his community.

We would also like to extend our sincere gratitude to everyone who applied for this scholarship. and we invite everyone who did not win to apply for our future scholarships. We host two scholarship contests each year, and the deadline for our next scholarship award ends on July 15th. If you or someone you know is attending an institute of higher learning, have a look at our scholarship page which includes all of the information necessary to apply.

Previous post Introducing the Winner of the Spring Scholarship Award 2022