Capitalism has a strange relationship with charity. On the one hand, businesses are perpetually encouraged to reinvest their profits, minimize monetary leaks, and carry forth in a manner that keeps them squarely in the black. On the other side of things, nothing benefits corporate image more than a genuine act of charity, or a project with a humanitarian mission. Obviously, these two directives can seem at odds, but they don’t always need to be.

The 5S method is a way to sort through cluttered spaces and re-organize them to maximize efficiency. It’s a lean method, and has been an organizational blueprint for a number of years now. In any 5S project, one of the goals is to remove unused materials and dispose of them – there’s no reason to keep around items that are never used, and you’d be surprised at how much room you could make for yourself just by doing this step.

In many cases, the items removed are not just garbage, they’re functional items that are simply not needed by the company anymore. This presents a perfect opportunity to make a public donation to a charity. 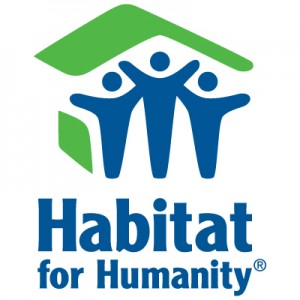 Let’s take a painting company, for example, that recently conducted a 5S clean of their storage rooms in order to re-organize paints and make everything easier to locate. After removing and sorting everything from the room into piles, they took a look at the items they’d categorized as “rarely used.” They quickly realized that many of the discontinued paints and sealants they were prepared to toss out were nearly full, some of them had never even been opened. This gave one of the managers overseeing the project an idea.

Habitat For Humanity, a charity group that creates houses for low-income families for free, is always in need of free building materials. They receive donations of lumber, shingles, and glass for windows, but maybe, the manager thought, they’d be in need of some paint or waterproofing sealant for their homes as well. After running the idea by his boss and getting the go-ahead, the donation was made on behalf of the company.

The obvious result of such an act is that the charity was able to further their efforts and continue their mission with freshly donated and perfectly usable buckets of paint. But business owners should know that such acts are also highly beneficial to your business for a few reasons.

Whatever your exact reasons, the benefits of converting your 5S projects to (at least partially) a charitable endeavor are numerous, and they all work for your best interests in the long run.

Next post So You Want a Safer Work Floor…