Near Misses In The Workplace – A Complete Guide

Near misses, and by extension their monitoring and effectiveness in indicating safety trends, are a constant discussion topic in professional message boards. Just this last week, for example, Fabio Chaves, an HSE and Sales Junior Engineer, asked his fellow safety and management pros how they went about quantifying near misses.

The discussion in and of itself has some good info to offer up (if not for a slight lack of replying and engagement), but also made me realize all over again just how mysterious the near miss concept still is to many. 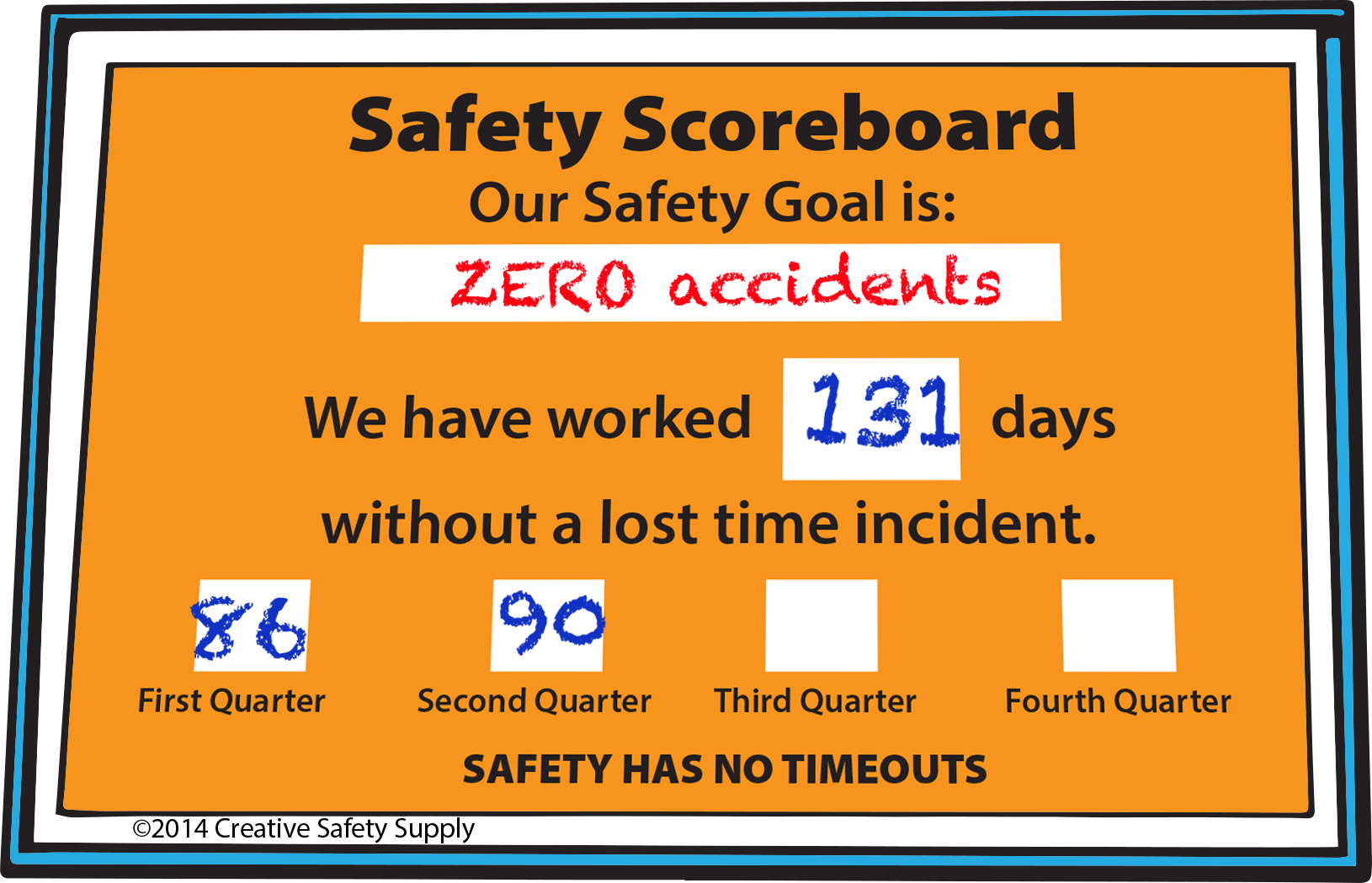 First and foremost, the very concept of a near miss is a response to a dated and ineffective system of safety tracking in the workplace. Nowadays, you’ll mostly find those “It’s been X days since an accident!” signs in cartoons and on TV, but it wasn’t long ago that these were plastered up in every warehouse throughout the country. And who am I kidding, this isn’t a prefect world, there are still such signs up today. If you’re guilty of having one up in your workplace, well, read the rest of this blog post really quick, and then promptly tear it down.

The problem, safety pros quickly realized, with such signs is that they sometimes lead to under-reporting of accidents. For fear of not wanting to be the one guy or gal who “reset the counter” for the whole team, someone might not report that a limb got pinched in a machine, that a hot liquid spilled, or that someone got some sort of irritant in their eye, etc. In extreme cases, major injuries might have even been covered up, especially if there were workforce-wide ‘incentives

‘ riding on whether or not any injuries occurred.

If this reporting (or lack thereof) can apply to actual injuries and accidents, then, what about situations where something goes wrong, but for whatever reason someone is lucky enough to avoid being physically injured or having equipment/property broken. Let’s say a machine spits out an iron rod used in production at a high velocity, but luckily the worker in that part of the assembly line was five feet to the left of where the projectile shot out. What do we call this?  That, my friends, is a (literal) near miss.

Why Do Near Misses Matter?

The importance of near misses lies in the fact that they could have just as easily been a very real, damaging accident just based upon factors of chance. A worker in the wrong place at the wrong time, a box stacked slightly more to the right instead of the left, a worker catching a glimpse of an object falling toward them just in time to jump out of the way.

In any case of a near miss, the underlying factor that caused a dangerous or unstable situation in the first place still remains, and remains just as relevant, as if an injury or even fatality had occurred. Ignoring them, then, is akin to ignoring an accident in the workplace. While the immediate implications might not be as severe, the future ones certainly are.

Think about it this way – if a pallet falling in your warehouse hit a worker and cause him serious injury, you would immediately re-evaluate your storage procedures, find out what went wrong, and make any changes that were deemed necessary to prevent such a tragedy from happening again. If that same pallet falls and narrowly misses a worker, doing nothing and not investigating leaves you perfectly open to the exact same thing happening again. At the point when near misses occur but circumstances remain unchanged, you’re just playing a numbers game until someone ends up injured or killed.

How To Track Near Misses

Despite knowing the importance of near misses, tracking them can still be extremely difficult. Many workers won’t read into the event as much as you might, and might forgo reporting it. Unfortunately, you’re just not going to be able to be there 24/7 watching every move your workers make (and you shouldn’t have to be, anyways), so you’re relying on your employees reporting near misses themselves.

One of the first steps in getting people to report near misses accurately is to simply train them on what near misses are and why they’re important. In a nutshell, just hand them the first part of this blog post. The main thing is that workers need to understand why you’re asking them to do something new. Some have even suggested calling near misses “injury-less accidents” or something similar. Aside from obvious things like first aid, employees should be trained to treat a near miss as they would any other serious accident in the workplace.

If you’re already doing this and have still had trouble keeping track of near misses or with under-reporting, your next step might be to implement a sort of incentive program. Incentive programs with near misses aren’t as dangerous as with actual accidents reported. That said, you still need to strike a balance. Geoff Brokenshire, a LinkedIn poster, had the following to say on incentivizing near miss reporting.

“The downside of incentives is you may end up getting over or under reporting depending on the incentive devised. I have found chocolate fish work reasonably well and an honourable mention at toolbox talks.“

While I can’t personally attest to the efficacy of “chocolate fish” (ha!), I can say that the incentive balance is precarious. On top of this however, you can improve reporting of near misses by having…

1. An easy channel to do so. Don’t make employees guess how they should report things; make sure procedures, who they should talk to, what they should fill out, etc. are made known; you should also try to make them as simple as possible while still getting enough details about an incident.

2. A good working relationship. If your ranks don’t communicate well with each other, reporting is going to fall short

In The End – What To Do With Your Data

Just as you ask employees to handle their reporting like they would an accident involving injury, you should treat your response to a near miss much in the same way. Once you’ve had reports of near misses, start looking for trends. At this time, you should also figure out which misses are most likely to reoccur, and prioritize your fixes.

Starting at the top of your list, go through the steps you would take to ensure an area was safe following an injury. Reorganize, retrain, decide what new policies might need to be brought into play in order to keep everyone safe. A near miss is literally a Get Out of Jail Free card from the business monopoly board because you’re being given the chance to fix a problem before it seriously hurts someone or costs you a lot of money in damaged equipment, legal litigation, and/or loss of production time. Take care of your near misses, and they’ll take care of you too.

Next post Struck by Incidents – 5 Ways to Reduce the Risk