Welcome to today’s dose of Lean, on the agenda is Obeya. If you haven’t heard of Obeya, you might still have used it, or you may know about the concept but never have put it into action. In any event, it’s best to know and to act, and that’s exactly what we’re going to focus on today with this Lean planning concept.

Obeya, coming from the Japanese “big room,” is a Lean concept that focuses on the physical space within which you strategize and plan out your projects. Nicknamed a “war room,” the Obeya is your place to generate ideas and to collaborate with management and other planners.

It’s no secret that a large number of projects in the workplace are notorious for never making it to completion, or ending up being finished in an iteration that might seem lackluster when compared with original expectations. There are a number of ways to keep you on track when carrying out Lean and other work-related undertakings over time, but the idea of having one specific place where you hunker down and get things done is a a good one.

Not only does it tend to work in terms of what you get done and how quickly you do it, it’s also empowering mentally; you’ll feel razor focused (if done right), and so will your team. Obeya also serves as a platform for debate and for questions. If you’re working with a team of people who may not be completely trained on Lean Six Sigma techniques but who are integral to your project, time spent in the Obeya can also turn into “learning with a purpose,” which can be as beneficial for you as for the students/workers involved.

That said, there are certainly some ways in which Obeya can be used more effectively that others, and recognizing these is key to your success.

The Good & The Bad Of Obeya

Joshua Rapoza, a writer for and member of the Lean Enterprise Institute (LEI), recently shared a post in which he outlined the LEI’s use of an Obeya and went into detail about what worked and what didn’t. From it, we can glean some insight into mistakes you may want to avoid when planning out your own projects.

In this particular example, the LEI was putting together a Lean Summit, and they needed to find speakers, workshop leaders, and more to make the event engaging, worthwhile, and appealing to their target audience (and possibly beyond).

Rapoza describes this concept as “a true north.” It’s important to find the true north for the project you’re working with before you go about setting up your war room. Your Obeya is meant to help you focus in on your goals and find direct paths to achieving them, so you should know what they are before you enter. On a similar note, you should be using your Obeya for one specific project at a time. While it’s tempting to have a general “getting things done space,” you’ll dilute your efforts by not focusing in on any one thing.

For Rapoza and his team, one of the greatest aspects of the war room wasn’t necessarily how big it was, but how well the space was used. Rapoza says the team utilized whiteboards, posters, and printouts of information (like feedback from last year’s summit-goers) and plastered the space about them with relevant information – dive right in!

The LEI team had members put up suggestions on note cards for potential speaker and workshop topics all over the walls, allowing for contribution on their own time. Have a designated area (or anywhere!) that’s for ideas that might not be anything official or concrete, but that are relevant to your project. This not only gives you good ideas in general, but it also lets you feel out where your workers’ or team members’ heads are at and what kinds of things they’re thinking about; maybe you’ll even see some useful patterns.

Rapoza notes that the first problem that the team ran into was that there were a little too unspecific for their own good. While shoot from the hip and rapid fire collaboration is good for idea generating, it’s not all that helpful once it’s time for a real, concrete plan. They didn’t attach deadlines to reaching out to the speakers that corresponded with their specific ideas, and they soon started to fall behind a reasonable schedule. A sort of ‘job chart’ isn’t an entirely bad idea either, here you can not only assign deadlines to activities, but also divide the work amongst various employees so that you can be sure of what’s getting done, when it’s happening, and who’s doing it. 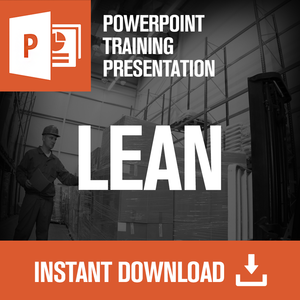 “Wait a minute,” you’re thinking, “I thought a second ago you just told me to plaster stuff all over the walls?!” And you’re right, but much like the project itself, an Obeya room should progress over time. If you’re tasked with putting together and maintaining the Obeya, get ready to move things around when the time comes. Your goal should be to make sure that steps and ideas follow a logical progression (and that anyone trying to make heads or tails of the room can figure it out quickly).

Another part of this task, as Rapoza found out, is making sure that the information is relevant. For example, if you’ve eliminated some ideas or have chosen a certain route for a project, don’t leave alternate or conflicting information up. People will just get confused, and lack of focus is exactly what you’re trying to help avoid by using an Obeya.

LEI’s summit isn’t until next year, but Rapoza admits that the Obeya journey has been an eye opening and interesting one. He says he can’t speak as to the success of the event just yet, but looks forward to being able to extrapolate what role the Obeya might have played once the ‘numbers are in’, so to speak.

Obeyas don’t have to just be for Summits and large external projects, how do you think you could use one in your place of work? Let us know!

Next post Falling Objects Safety – 5 Ways to Protect your Employees