Self-Driving Cars – Are We Safe?

If you’ve been watching the news lately, or reading any car related websites, you’ve undoubtedly been hearing all about self-driving vehicles. Whether it is the new Tesla Model 3, the Google self-driving test cars (Waymo), or even self-driving semi-trucks, it is quite clear that this is a technology that is going to truly revolutionize the way the world operates. It seems that this move toward autonomous vehicles is unstoppable now, but are we going to be safe turning over the wheel to computers? 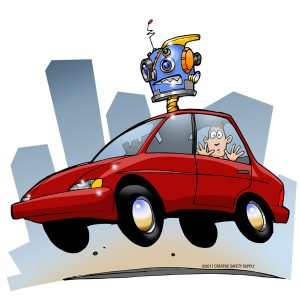 This is not a question that can simply be glossed over in the name of progress. There are many valid concerns (and some invalid ones). What happens if the computer crashes? How will automated vehicles and human driven vehicles share the road? What type of ‘ethics’ will be programmed into these vehicles to determine how to respond to dangerous situations? Are self-driving cars just one more step toward the inevitable decent into becoming slaves of our robot overlords once they become self-aware?

Whenever looking at automated vehicles, safety has to be the principal concerns. Let’s look at some of the ways that this technology will change how safe we really are.

Thousands of accidents, many of which result in serious injury or even death, are entirely preventable if humans could pay closer attention to the road, and have improved reaction times. Unlike humans, computers can be 100% alert at all times, and respond to hazards in a fraction of the amount of time it would take even the most alert person. The following are just a few of the most significant ways that self-driving cars will help us to avoid accidents: 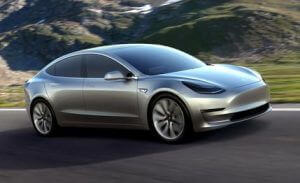 One of the most significant impacts to safety that self-driving vehicles will eventually have is the added options that vehicle engineers will have. Currently, engineers need to make sure that the drivers can see all around them at all times, which means having lots of windows. With an autonomous vehicle, however, that isn’t necessary. A vehicle can be made strictly to help ensure passengers survive in an accident, even if this means no windows at all (they may be replaced by video screens that simulate windows).

Another option engineers are considering is having all the seats in a vehicle rear-facing. Rear-facing seats offer far more protection during the most common types of accidents, but are simply not possible with current human controlled vehicles. While it might take some getting used to, the safety benefits would be significant.

When people think about self-driving vehicles, they typically think of seeing a nice car cruising down the highway while the passengers are all playing cards or sleeping. One of the most significant places that this technology is going to improve safety, however, is in the workplace. Every year there are thousands of injuries and fatalities due to workplace accidents related to vehicles.

Imagine a self-driving high-low or forklift that could sense any people around them so that crush injuries could be nearly eliminated? Or if the vehicle could detect when it is approaching a ledge or drop off that is too steep so that it can be avoided. Using advanced sensors that can communicate with these vehicles, it would even be possible for them to ‘see’ around corners so they can predict accidents, and prevent them.

The list of ways that autonomous vehicles can improve workplace safety is almost endless. Thousands of lives will be saved, and millions more injuries will be prevented once self-driving vehicles become standard in the workplace.

As you can see, there are many different ways that autonomous vehicles are going to help improve driving safety. While it may seem like companies like Tesla, Google, and others have been working on them for years and progress is slow, it is only because they are working hard to make sure these vehicles are as safe as possible once they begin sharing the roads with people.

It is finally starting to occur that some incredible models, like the Tesla Model 3, are finally becoming publicly available with self-driving options. In the next several years it is very likely that we’ll see this trend accelerate, and strictly from a safety point of view, we hope it happens as quickly and as safely as possible.

Previous post 5 Common Office Injuries That You Can Avoid