So here’s how today started out…

So here’s how today started out…

We got an email from a guy who took issue with one of our recent infographics, 10 Astonishing Facts About Arc Flash. Here’s what he wrote:

“Have you seen the commercial for the insurance company that uses the premise “If it’s on the the Internet, it must be true”?

I have still not seen the source of these statistics. The Capschell report is what all of these websites, all of which involved in the business of Arc Flash for profit ($$$$), including yours, use without merit. […] Even NFPA 70E does not not cite the source of the statistic regarding “2000 injuries per day”. Don’t just give me another website that says that again, show me source (ie the study) that produces those statistics.

I am not, by any means, attempting to reduce the importance of arc flash, arc flash studies or PPE. I just have a problem when companies use these types of statistics without regard to the source or veracity of the information. Fear Mongering is the term that come to mind.

It’s on the internet so it must be true.”

I believe whole-heartedly that our marketing team did a significant amount of research on Arc Flash prior to creating this infographic, and I don’t believe the intent of our marketing team to promote or perpetuate bad information. However, I can understand this person’s sentiment, and I wanted to know myself what the real numbers were. So, the hunt for accurate data began.

Before I go further, it should be addressed that our infographic says that there are 2,000 injuries each year, not every day. Still, where did this figure come from?

I started searching to uncover where the 2,000 injuries per year came from. I asked the marketing team for their source, and they provided me with the official NFPA 70E 2012 Handbook. In Annex K(3), it states plainly that 2,000 people a year are injured as a result of arc flash. But, as our accuser points out, there is no citation. Because this is NFPA, a standardization organization, I would tend to believe that they performed due diligence in their research, but I guess a quick double-check isn’t a bad idea.

I started searching using academic journal searches to uncover the statistic, and after quite a long search, I found an article from the National Institute for Occupational Safety and Health that states in its abstract that “5 to 10 arc flash explosions occur […] every day in the United States.” If you take 5 and 10, and multiply that number by 365 days, you get a range of 1,825 and 3,650 arc flash explosions annually. It would be fair to say that the NFPA 70E’s declaration of 2,000 annual arc flash injuries is supported at least by the fact that there are over 3,000 events that happen every year. I’m going to let this issue rest.

While I was on my statistics hunt, I wanted to find out more about a report that is cited repeatedly across several websites, including our own infographic, regarding the number of fatalities per day as a result of arc flash. The report, written by Dr. Mary Capelli-Schellpfeffer, was published by her research company, CapSchell Inc. Unfortunately, it looks like their website hasn’t been updated since 2007, so there are no records of the report. Back to the library I went.

A little research on Dr. Capelli-Schellpfeffer shows that she has quite a history in arc flash research, and has been cited in a variety of texts and court cases as an expert on the subject with regard to injuries related to arc flash. Searching around various research libraries turned up a lot of articles on the subject as well, but they all referenced the same arc flash injury data that had been stated by Dr. Capelli-Schellpfeffer. But, for the life of me, I couldn’t find the actual report! Where was this data coming from?

Then I found something. What I found was an arc flash presentation that Dr. Capelli-Schellpfeffer had delivered in Houston, TX a number of years ago (a specific date is not given). About six minutes into the presentation, a slide is shown with data from the BLS – CFOI, SOII, 1992 – 1998. The data shows, plainly, that 2,268 fatalities occurred over the approximately six year span. Divide that number by six years, you have an average of 378 per year. Divide that number by 365 days and you get 1.03, which lies somewhere between once and two. Thus, the statistic that 1 to 2 people people die from arc flash each day.

So here’s why data like this just doesn’t work. I contacted NIOSH directly, and the NIOSH fact checkers helped me get the data that was presented by Dr. Capelli-Schellpfeffer. The numbers presented were correct if you were concerned about all electrical-related fatalities, not just arc flash fatalities. Aside from arc flash, electrocution and severe burns from direct contact in underground power lines, above ground power lines, or other events were also included in the numbers. The data was just not that specific.

Was Dr. Capelli-Schellpfeffer implying that all of these fatalities were arc flash specific? I don’t believe so. What I imagine happened is that, somewhere along the line, someone saw the numbers, did the math like I did above, and stuck it on the web or on some marketing piece and called it gospel truth. Unfortunately, it’s not as accurate as everyone once thought.

So is there data that is more specific? There is a report that was published by Dr. Michael McCann of the Center to Protect Worker’s Rights that states that during the same period of time from 1992 – 1998 an analysis of construction worker data showed that 1,019 fatalities occurred, but only 17 of them were attributed specifically to arc flash. That is roughly 1.6% of total electrocution deaths are a result of arc flash. However, even this data could not be verified by NIOSH, even though the data sounds quite a bit more legitimate.

I hope you don’t misunderstand my intent with this post. I do not want anyone to get the impression that arc flash is not a concern because there isn’t consistent statistics showing how many deaths it causes each year. Rather, it is a serious problem that every company should address if their employees are in at-risk environments.

My purpose today was to hopefully dispel the notion that we are trying to prey on the fear of anyone who looks at our infographics or blogs. We want everyone to have the most information as possible. Sometimes we get our information wrong. But we will try to be better. 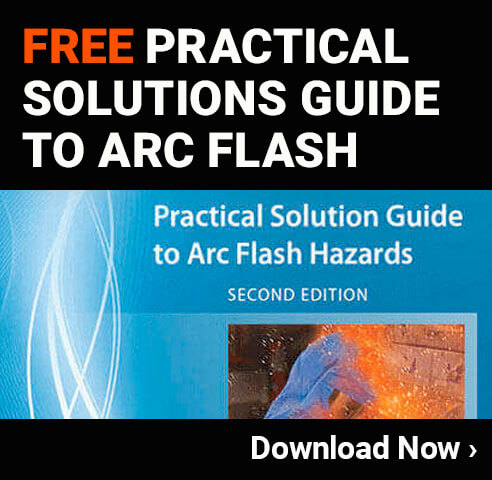