Finding the Root Cause With the Five Whys

The “Five Why’s” is a technique that is often used within the Six Sigma methodology to help learn more about a situation and gain valuable information about what is going on. While the strategy is called the Five Why’s, it doesn’t actually have to be exactly five. In some situations, fewer are needed and in others more may be necessary. 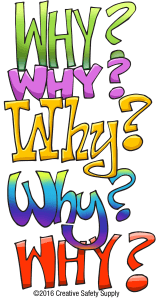 Why the Five Why’s?

The Five Why’s concept is designed to help pull out information about symptoms of problems to help get to the root cause of an issue. If you are facing a problem where a machine is producing a higher than normal number of defects, for example, you can use the Five why’s process in the following way:

Obviously this is a very simple example, but it really does illustrate how the Five Why’s work and how they can be helpful. Without this process a facility may have just identified the direct cause of the issue (the loose blade) and fixed it. While this would have solved the problem this time, it wouldn’t have prevented it from occurring again in the future.

By going through the Five Why’s, the facility in this example was able to not only solve the problem but prevent it from happening again. While this may seem small, it might prevent dozens or even hundreds of defective parts from being produced in the future. In some facilities, each part can be worth thousands of dollars, which is just one reason why this is such a good idea to implement in your facility.

Benefits to Asking Why 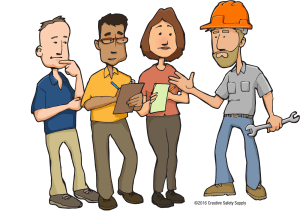 As anyone with children knows, constantly asking why about something can get annoying quite quickly. The fact is, however, that children do this because it helps them to understand the world around them more quickly and easily than would otherwise be possible. Asking why is an excellent strategy that will help lead you directly to the root cause of the problem, and in many cases to a solution or preventative measure for the future.

When looking at problems and asking ‘Why’ multiple times, you can often learn a lot of information about the entire situation, rather than just quickly putting a Band-Aid on the issue.

Who Answers the Question?

While the Five Why’s can be used by one’s self to learn more about a situation, it is almost always better to ask why in groups. Getting insight from multiple people is always going to provide you with more information than you could gather on your own. Ideally you should be asking why to the front line employees who are most directly involved with a given problem.

This is not to point the finger at any one employee (though sometimes that may be necessary), but it is to help pinpoint where problems occur so they can be fixed. If asking these questions does show that one employee is having trouble, you can get them the necessary training to avoid the problem in the future. If you’re not asking ‘why’ to the people involved, however, it can take you must longer to discover this type of issue.

How to Determine How Many Why’s

Some people have trouble determining how many times they should ask why. In some cases, managers think they need to ask why five and only five times. In other situations, they may continue to ask why far more times than is actually necessary. As mentioned above, the specific number will vary from case to case, but learning how to pinpoint when it is appropriate to stop is very important.

In most cases you can stop asking why when you have either identified the root cause of the problem, or identified a way to ensure it does not happen again in the future. Ideally you will be able to accomplish both of these goals using the Five Why’s strategy.

In the example used above, you could see that once they got to the fifth why, they had identified the root cause of the problem (the screw was not tightened) and then continued on asking why until they figured out how to prevent it in the future (adding an inspection process to the procedures). So, in that example, five why’s was the perfect amount.

When to Ask Why 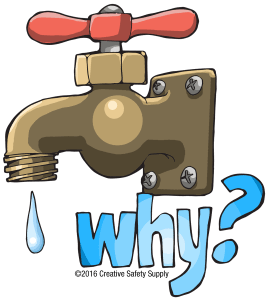 Another important thing to learn about the Five Why’s strategy is when it should be used. While it technically could be used on any problem you’re looking to solve, it may not always be necessary. The Five Why’s is usually going to be of the most benefit when there are humans involved with a process. This is because asking why can help you discover who performs each step and why it is done, which can lead you to the root cause.

Even when there are no humans directly involved, however, this process can also be helpful if you are having trouble discovering what the true root cause of an issue is. For example, if you have had a problem with a leaky faucet in the facility that has been fixed multiple times, only to start leaking again, you may want to use the Five Why’s.

The Five Why’s could help you to get past just fixing simple or common issues with the faucet until you discover, for example, that the pressure in the pipe is too high or that the faucet was not designed to work with the contents of a given pipe.

One of the best things about the Five Why’s is that it is extremely easy to implement, and it doesn’t have to cost a thing. While you will certainly need to take some time to really learn how to do it properly in your facility, this is a process that you can learn mostly through trial and error.

Now that you have taken the time to understand the basics of the Five Why’s methodology, make sure you start using it in your facility. Whether you formalize the process or just start asking why while troubleshooting issues, you will quickly find that it is an extremely beneficial strategy that can help your facility operate with fewer problems today and long into the future.

Make sure you check out Creative Safety Supply for all your lean and 5s tool needs.