A new final rule made by the Federal Aviation Agency (FAA) finally went into effect earlier this year allowing operators to fly small drones over people under certain conditions. The flexibility this rule grants and advancements in technology make unmanned aerial vehicles (UAV) a valuable asset for companies in construction and manufacturing to improve safety.

Drone technology has made some great advancements in the short amount time they’ve been on the market for consumers. With high-resolution cameras and flight support features, more and more businesses are taking advantage of a drones’ workplace capabilities. Here are some of the best ways to incorporate unmanned aircraft systems to improve safety: 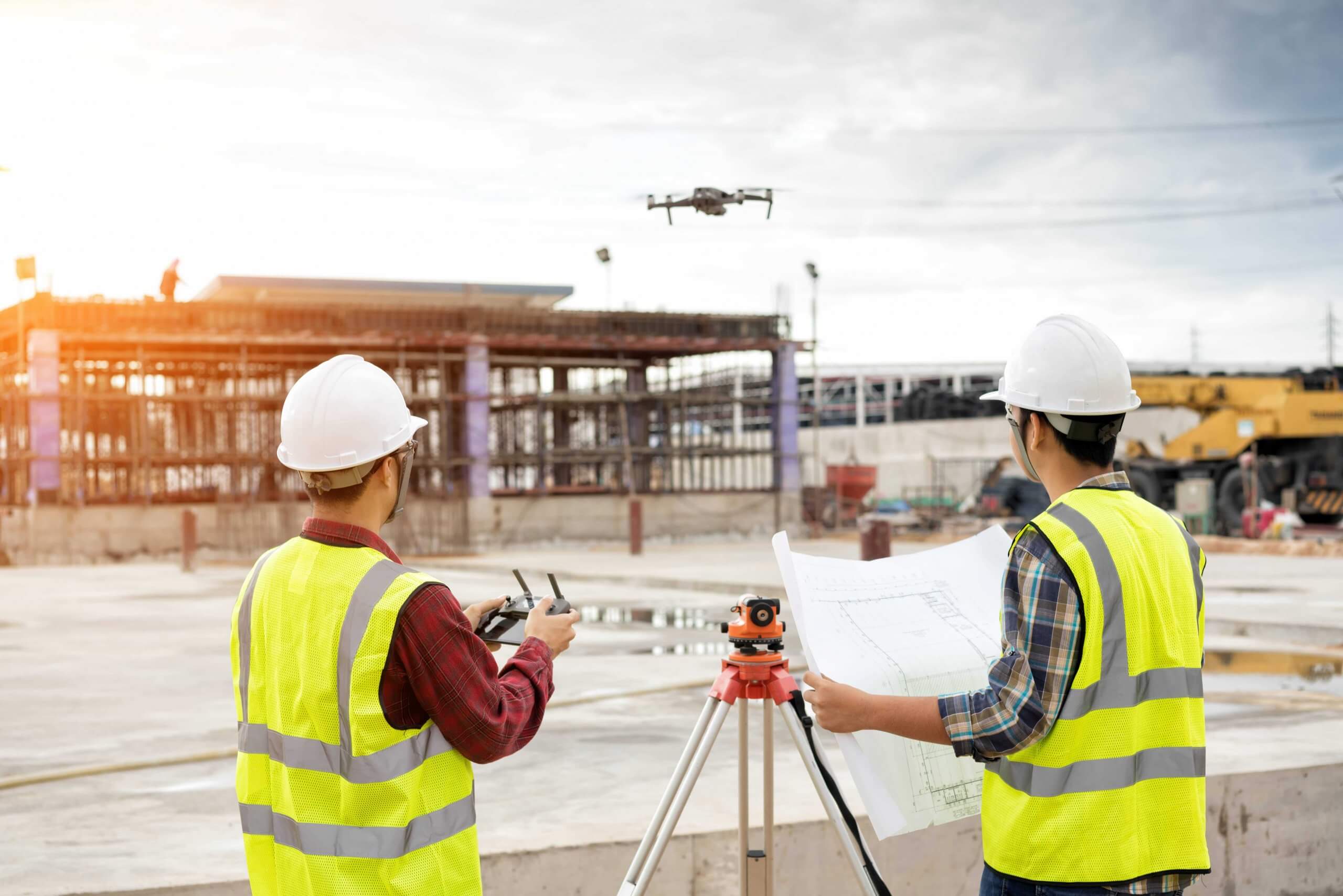 A safety inspection often requires an individual to enter a hazardous area–like from the top of a crane or inside a confined space. Instead of putting employees at risk for exposure to harmful environments, a drone can be sent out to perform a detailed inspection. Equipped with 4K cameras, 3D cameras, and other tools to gather data, the improved accuracy of inspections means it is much more likely issues will be caught and remedied before someone is injured. Drones can also be used to complete aerial surveys and inspections of potential construction sites before work even begins. Not only can drones make inspections safer, but they can also complete them faster and at a lower cost.

Whether it’s a tight space with hazardous toxins or a large construction site, UAVs make monitoring & surveying simple. Many industrial drones today can be fitted with a number of sensors, transducers, and infrared cameras to measure gas leaks and atmospheric pressures. One application manufacturers use this technology for is asset monitoring in production. By using a drone to capture thermal images of lines and machinery, it can detect and alert employees of overheating equipment before it breaks down.

Does OSHA use drones?

In 2018, OSHA permitted drones to be used during an inspection, but only if the employer gives express consent. However, since the final rule went into effect in April, this year we may begin to see a noticeable increase in the use of drones as an enforcement tool during an OSHA inspection. According to The National Law Review, OSHA has not issued any updates to its drone policy but has been exploring the option of filing an application for a Blank Public Certificate of Authorization from the FAA for nationwide drone operations.

Purchasing an unmanned aerial vehicle for the workplace may seem like a costly benefit for your company, but don’t let the cost scare you! Consider the cost of fines from OSHA, workers’ comp, lost days, and near misses. By reducing the risk of death and injury, you will also effectively reduce the number of expensive workers’ compensation claims and lawsuits. Additionally, with the amount of accurate data a drone is able to record and the information collected, you can easily connect it with an existing digital safety management system to get a better understanding of where to focus future improvements.

Important: Operators should be adequately trained before flying drones so as not to introduce any new hazards to workers on the ground. Learn more staying safe around unmanned aircraft systems with our Drone Safety Infographic!